The Aurora Australis is a frequent topic of conversation upon arrival, allow us to share some information you may find useful.

For those who haven’t heard of it before, the Aurora Australis appears as lights in the sky, coloured green, red, blue or brown. (Explaining why it is also known as “The Southern Lights”). They can be difficult to see with the naked eye unless they are especially bright. They may appear as a dull, coloured glow where there should normally just be black night sky. A good camera, however, will detect far more detail, particularly with a longer exposure.

The Aurora happens when the sun releases large bursts of solar winds and magnetic fields into space. The winds carry particles that interact with the earth’s magnetic field, (explaining why it only happens at either the northern or southern poles).

It can be quite difficult to track when there will actually be an Aurora; but if you are on Facebook, there is a fantastic group here.  if there is an Aurora expected, there will be a lot of chatter!   They also have fantastic resources here.

From Edge of the Bay, if you look south, (towards the Hazards Mountains) during the night, you will be able to see if there is any activity. If there is any kind of glow behind the mountains – it is likely an Aurora.

Looking for some more resources?

There is even an App: 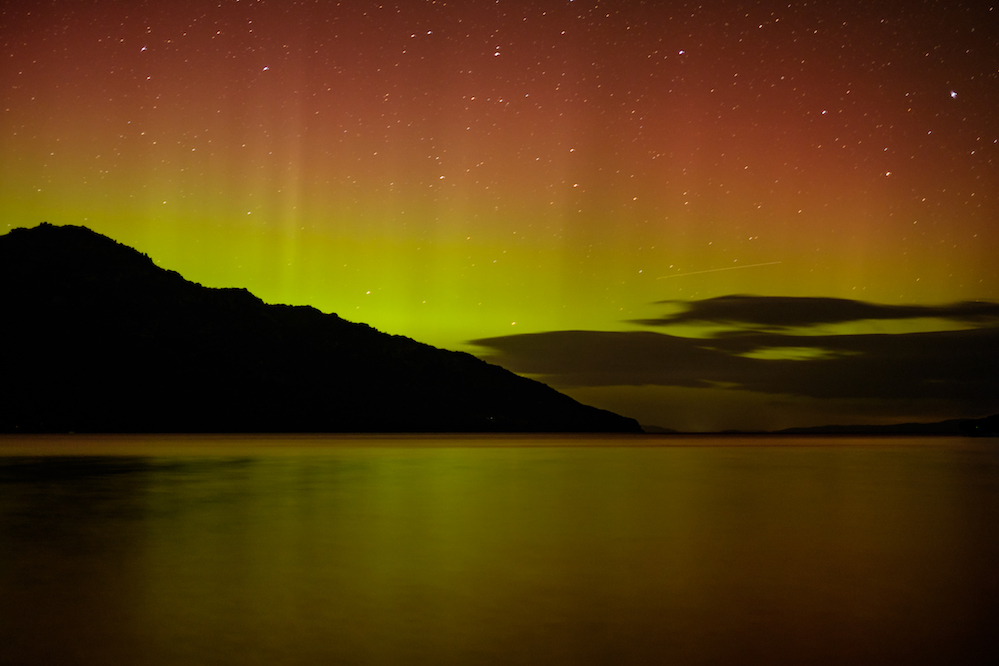